And Black String is on its way 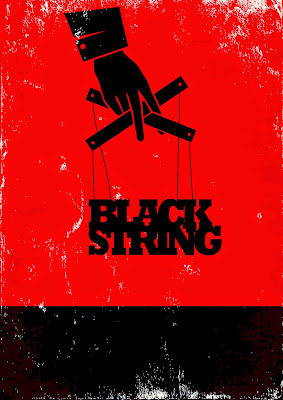 After about three months of rewriting, my next manuscript is (hopefully) done. BLACK STRING is about two years in the making, so far.

For fans of The Tilting House, BLACK STRING is very much in that style. It's a middle reader novel, meaning it's aimed at the tween age range. It's set in Tacoma. It's full of mystery, magic, and suspense.

The main characters of BLACK STRING are:

Marcus - a seventh grade boy whose archeologist father disappeared five years earlier.
Aster - a new girl at school. She's smart, bold, but has a secret that makes her sad. Did I mention she's from Ethiopia?
Lucas - Marcus' younger brother - fearless and a bit of a brawler. He's addicted to Junior Mints.
Jannie - Marcus little sister. She's obsessed with cats and Leonardo da Vinci. She doesn't say much, but may be smarter than anyone.
McLean - the mysterious madman who moves into the tree in Marcus' front yard.

It's been five years since Marcus' father disappeared from an archeological dig. The family has finally put itself back together. Marcus is struggling through seventh grade. At the end of one particularly lousy day, a package arrives in the mail. It's a simple ball of black string.

As soon as the string arrives, Marcus' life turns upside down. His house begins to glow. A crazy man moves into the tree in his front yard. And strange clues about his father's disappearance begin to build one one another.

Who sent the string? What's the meaning of all these bizarre events? And why would such a simple delivery cause such complete chaos?

My agent, the esteemed Abigail Samoun said a few words about this manuscript that make me both hopeful and nervous: "If we get this right, I think this could be a big breakthrough book for you." I've spent the last three months following her editing advice and hope we've gotten it right. In her most recent email, she said she hopes "to pitch it in NYC when I’m there at the beginning of June."

So tie a string and cross your fingers. I like this one. The nervous side of me says it may not go. But the hopeful side thinks it's got potential.
Posted by Tom Llewellyn at 3:00 PM

What a great story -why don't I find it anywhere on the internet but here???
(I have the German edition - but what's with the original one???)