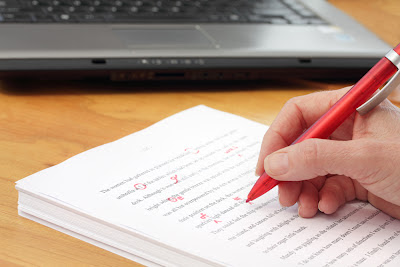 I've decided to begin working with the unnamed editor at Penguin on A Matter of Life and Seth. The editor, who I hope to name once I get his or her permission, sent me a lengthy set of suggestions today. It looks like a few months of solid work to get through it all. Yeesh. But you know, these folks don't get these editor positions without being good at their jobs. And I can say that his (or her) suggestions all feel right to me. They draw out some of the concerns I've been subconsciously ignoring since I wrote this manuscript.

And now, just because they pleased me so, I will share a few of her (or his) more lovely words--the words he (or she) shared BEFORE the pages and pages of suggestions:

First, he or she said:

"Let me start off by saying how much I enjoyed A Matter of Life and Seth. I’ve been working on kids’ books for a little over six years, and I’ve learned that there are three types of manuscripts (at least as far as I’m concerned): manuscripts I wouldn’t bring to my publisher in a million years, manuscripts that I don’t necessarily love but know readers probably will, and then those books that I just have to work on. Of the latter, I’ve come across only about five. Seth is now on that list."

Then he or she said:

"When I got through maybe ten pages, I thought, Holy crap, this is Raymond Chandler. And Seth is Philip Marlowe in a sixteen-year-old’s body."

Then, when I stopped sobbing and kept reading, I realized that he or she said:
"What you’ve done with this novel is truly remarkable. You’ve written a detective story for teens that doesn’t dumb it down. This is the type of book that will hopefully make them want more detective stories, and turn to Chandler or Hammett or any of the other greats. And you’re using all of the classic elements of a detective story, but it feels fresh and relevant to the story."

Then he or she said a few other nice things which sound slightly more legal-ish to my ears, so I won't share them here. And then followed three single-spaced pages of detailed suggestions.

I'm going to talk to my agent, the esteemed Abigail Samoun, tomorrow, to come up with a game plan. Then I'll do my finger stretches and get to work.

I don't really do finger stretches.

Posted by Tom Llewellyn at 5:07 PM

Email ThisBlogThis!Share to TwitterShare to FacebookShare to Pinterest
Labels: A Matter of Life and Seth, Abigail Samoun, editors, penguin, publishing