I’m blazing through the A Song of Ice and Fire series by George R. R. Martin. Right now I’m on the third book, A Storm of Swords. This is epic fantasy. Five books so far. Two more scheduled. Each book about 700 pages. Do the math. Each book is told from the point of view of dozens of characters. Each character is multi-faceted. You’ll find no shining-white Aragorns or Gandalfs here. The good guys commit treachery. The bad guys show mercy. Lots of violence. Lots of sex. Lots and lots of melancholy. 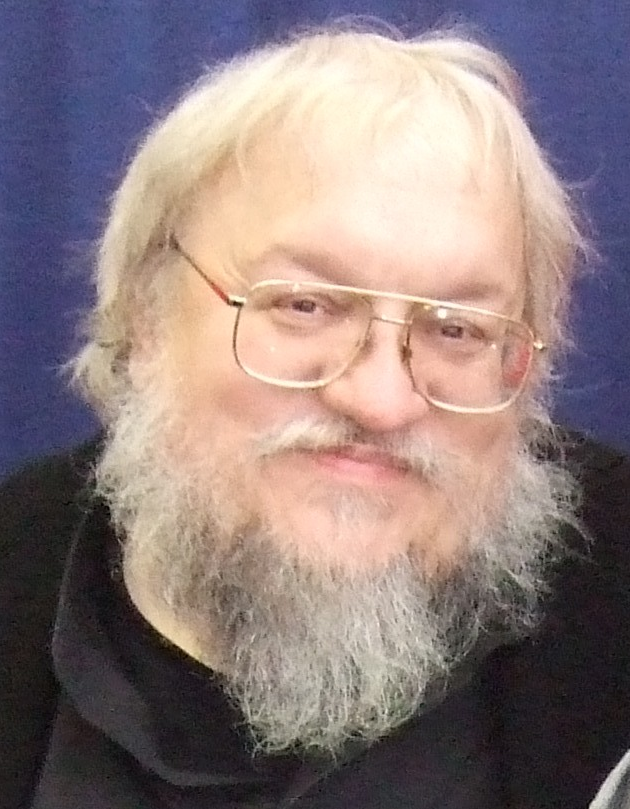 Martin is a beast. He’s a hardcore geek (and looks like one), loves attending Cons, loves teaching, writes sci-fi, scripts, exec produces (whatever that means) the HBO series based on his books, and doesn’t mind frustrating fans with six-year gaps between his novels. He’s also a masterful storyteller, in the sense of a campfire-style storyteller. He uses all the tricks. He gets you lathered up on a certain character’s storyline, swinging a sword at their bare neck, then he ends the chapter and jumps to another character. He speeds the pace of the plot up to a fever pitch, then slams on the brakes, creating frustration and suspense. Bait and switch, wild goose chases, trickery—he uses them all. Aaand, he’ll get you deeply invested in a character and then kill them off without mercy. This makes you realize that any character at any time could die (because they do), increasing the page-turning tension.
I’m about the millionth blogger to talk about these books, but who cares? It’s great stuff. Definitely not young adult, but o so compelling.
By the way, Martin is also a masterful self-promoter. He blogs almost daily on his blog, which is called “Not a blog.” He attends tons of cons, he is a generously-available teacher. Pretty amazing.
Posted by Tom Llewellyn at 5:58 AM

I'm not a fantasy fan but you make me want to read his stuff.

Send me an email, would ya?